The Event heralded by an Art Fraud at the Art Institute of Chicago, ended in a deep Cesspool of Pedophilia and Corruption.

This is the Story of that Dig and What happened after. 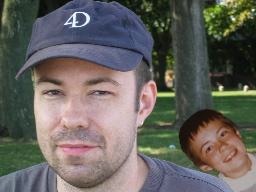 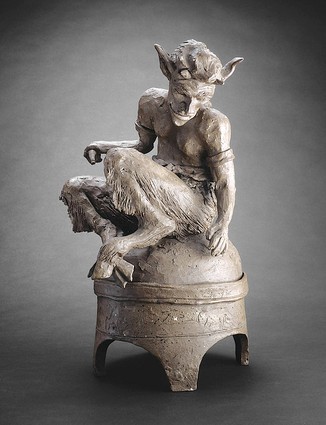 Gets Goat Of Chicago Art Institute


CHICAGO - A half-man, half-goat ceramic figure supposedly sculpted by 19th century French artist Paul Gauguin has delighted aficionados visiting the Art Institute of Chicago for a decade, but now the museum says "The Faun" is a fake. "No one could think of any other instance in which anything like this happened here," the director of public affairs at the institute, Erin Hogan, told the Chicago Tribune for a story posted Tuesday on its Web site. "So we don't have experience in this area." The museum said the sculpture is among scores of forgeries produced by the Greenhalgh family, which has been under investigation by authorities in Great Britain for nearly two years. A private dealer bought the piece at Sotheby's in 1994, and the art institute purchased it from the dealer three years later. A British judge sentenced Shaun Greenhalgh, 47, to four years and eight months in prison last month. His mother, Olive, 83, received a suspended term of 12 months, and his father, George, 84, was to be sentenced later. Shaun Greenhalgh created the fakes, while his parents handled most of the sales. All three pleaded guilty this year to defrauding art institutions and other buyers over 17 years. They had also pleaded guilty to conspiracy to laundering the proceeds from the sale of a fake Egyptian statuette. The creations by the Greenhalghs also included Assyrian stone reliefs and several copies of paintings by American artist Henry Moran. Hogan declined to reveal the purchase price of the discredited piece and said the art institute was talking with Sotheby's and the private dealer about possible compensation. "Everyone who bought and sold the work did so in good faith," he said.