Skulls of Cambodian Nonbelievers in Anka


For years I would try to tell people of the Cambodian Holocaust.
No one believed two million could die without notice.
My report was regarded as ridiculous by all who heard it.
It has become a familiar feeling.

Dr Hellerstedt and the Killing Fields


John sat across from me staring in disbelief. I could tell he was wondering if I had gone crazy. He was back visiting from medical school, I was just back from traveling the world. I was still trying to finish and get my BA, he was well on his way to being Dr John Hellerstedt Texas MD. A smarter person probably would have dropped it but I was upset. I had already run into this a lot, but I had no idea then that it would become a lifelong pattern and would transfer from event to event. John knew me and knew me well. He was my Vice President in my first term as Student Body President. His reputation went a long way to getting me elected the first time. He was a respected person in the community. I had valued his opinions for years. I was upset that even he would not believe me. "John, I'm telling you they are killing people in Droves, Millions I am telling you." "Look you know me... I am not making this stuff up ". I related some of the horror stories I had been told first hand by the people who lived them while working the refugee evacuation. His brow furrowed as I described a refugee telling of hiding in the bushes with his daughter and having to stay silent while they killed the rest of his family with the dreaded blue bags, so that he and his daughter could survive. John could see the emotional strain in me as I told the story. "Yea but maybe it was just that you got caught up a series of isolated events and you are generalizing it. Look it had to be upsetting" He was trying to reconcile his former opinion of me with the unbelievable story he was now hearing.


"Dan it just doesn't make sense" John said as he shook his head. "Look if it was as bad as you say we would have heard about it." Something like that would be in the headlines, on the news, on the radio. You are telling me millions of people 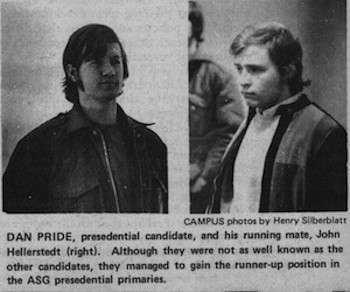 are being slaughtered and you are the only person who knows about it? "No a lot of people know about it, but the press refuses to believe it or print it" I said. I knew this for a fact. I had been run out of the only place to get a good hamburger in Bangkok in those years (the embassy cafeteria) for making a big scene screaming at some dumb journalist who was full of himself and his own self importance. It was his crack that I was stupid and being duped by propaganda that had really put me over the top. His dismissive attitude at the lowly peace corps volunteer, come I.C.E.M refugee evacuation officer, who wasn't really worth his time made my blood boil. He actually had scoffed at me when I offered to take him into the camps. About that time I really got into his face and drew the guards attention. I was there, in the camps, I knew.

Over the years I had become a little compulsive trying to tell people about what I had seen. Some of the students on campus that year (1978 -Kids to me at this point) had begun to make fun of me. I was the burnout. Having been respected at one point in this same place, the ridicule stung a bit. Even long time friends like Meadville musician Tim Smith had noticeably changed attitudes toward me over it. With John I would not give up*.

In the end it yielded a small satisfaction when the movie "The Killing Fields" came out. Today few remember that the Cambodian holocaust was a public secret for years. Dr John Hellerstedt MD did however. When I talked to him years later, he was astounded at the turn of events. My tirade that day across the booth's wooden table in the campus grill was remembered. I could tell I had his respect once again, and that was important to me.

* To this day whenever the media starts screaming about some big generalized threat or other (Bird Flu 2005, Ebola 2014) the effect on me is mentally devastating, no sleep, semi hysterical, embarrassing to say. Very unpleasant times. I wind up trashing personal relationships in my psychic thrashing around that accompanies these events, along with a deep sense of desperation. They didn't get me on Y2K tho. I knew that one was a lot of bunk.