The Church of the Divine Wisdom

The Money Changer of Ayasofya


He looked small, thin and scruffy. Rather a pathetic figure I thought as I approached him in the temple court of the Hagia Sofia to exchange my money for Turkish Lire. He was one of several Money Changers standing there doing their trade. I had been told this was the best rate in town.

I asked him how much and he glared at me, tossed his head back and quoted an outrageous exchange rate. A little startled, I smiled dismissively and said sarcastically "You trying to make it all at once ?". He wheeled on his heel and closed the few feet between us menacingly. As he approached he held his hand high and I reacted to the threat by holding my right hand up to catch the blow which I anticipated. My fingers spread (in retrospect) like a baseball mitt. Instead, I felt his fingers probe my hand, as he transfixed me with a ferocious eyeball to eyeball stare,... and then grabbing my ring finger alone in his fist he swung his hand down. As our hands passed in front of my crotch I heard and felt the crack crack crack of my knuckle as it shattered. I pulled back with a yelp and extracted my finger from his grasp. As I held my hand in front of me the outer fingers dangled uselessly, my hand had been broken in half. Beyond the site of my broken hand, as I withdrew, he was steadily approaching me. A car came into view on the right as I backed into the street. I ran in front of the car and put the traffic between him and me and made my escape back to the pension.

In the spring of 1977 the building was the Ayasofya museum, before that it was a mosque, but when it was built by the Roman Emperor Justinian in 537 A.D. (creator of the Justinian Code of Justice) it was the Hagia Sofia church. On its opening day, in its dedication on the same spot, Justinian exclaimed "Solomon I have outdone thee!". It was the greatest church in Christendom until St Peter's Basilica was built in Rome a thousand years later.

I had been dealing with a Money Changer in the courtyard of the church of Justinian.

Right Hand
April 30 2004
Imagine trying to defend yourself using just the top half :(

In the [Temple courts] he found men selling cattle, sheep and doves and others sitting at tables exchanging money. So he made a whip out of cords and drove all from the Temple, both sheep and cattle; he scattered the coins of the money changers and overturned their tables. (John 2:13-16)

The Habemus Papam completes...
(The Book is closed)

As if getting your hand broken dealing with a Money Changer in the courtyard of Justinian's church, on the spot where Justinian proclaimed "Solomon I have outdone thee", isn't enough of a link to King Solomon's Gate, like almost all these events there is more. As in all Gate related events,... the deeper you look the stranger it gets. Altho it has been now 33 years, it is hard to forget the face of a man staring eyeball to eyeball, inches from your face as he breaks your hand in half (the image is indelible). The man who broke my hand in half was Mehmet Ali Agca. Two years later Agca shot Pope John Paul in St Peters Square. Agca was at the time of my attack active with the Grey Wolves group in Istanbul, at the time engaged in urban terrorism, such as my attack. My attack was one of a series of documented attacks on tourists in Istanbul organized and conducted by the Grey Wolves. If you examine his clenched fist in the photo below, you see the exagerated middle finger knuckle on his hand, the same as you do on mine. It must have been his trademark of some sort, one learned by the experience apparently. The attacks were primarily in response to the international hippie cafe the " 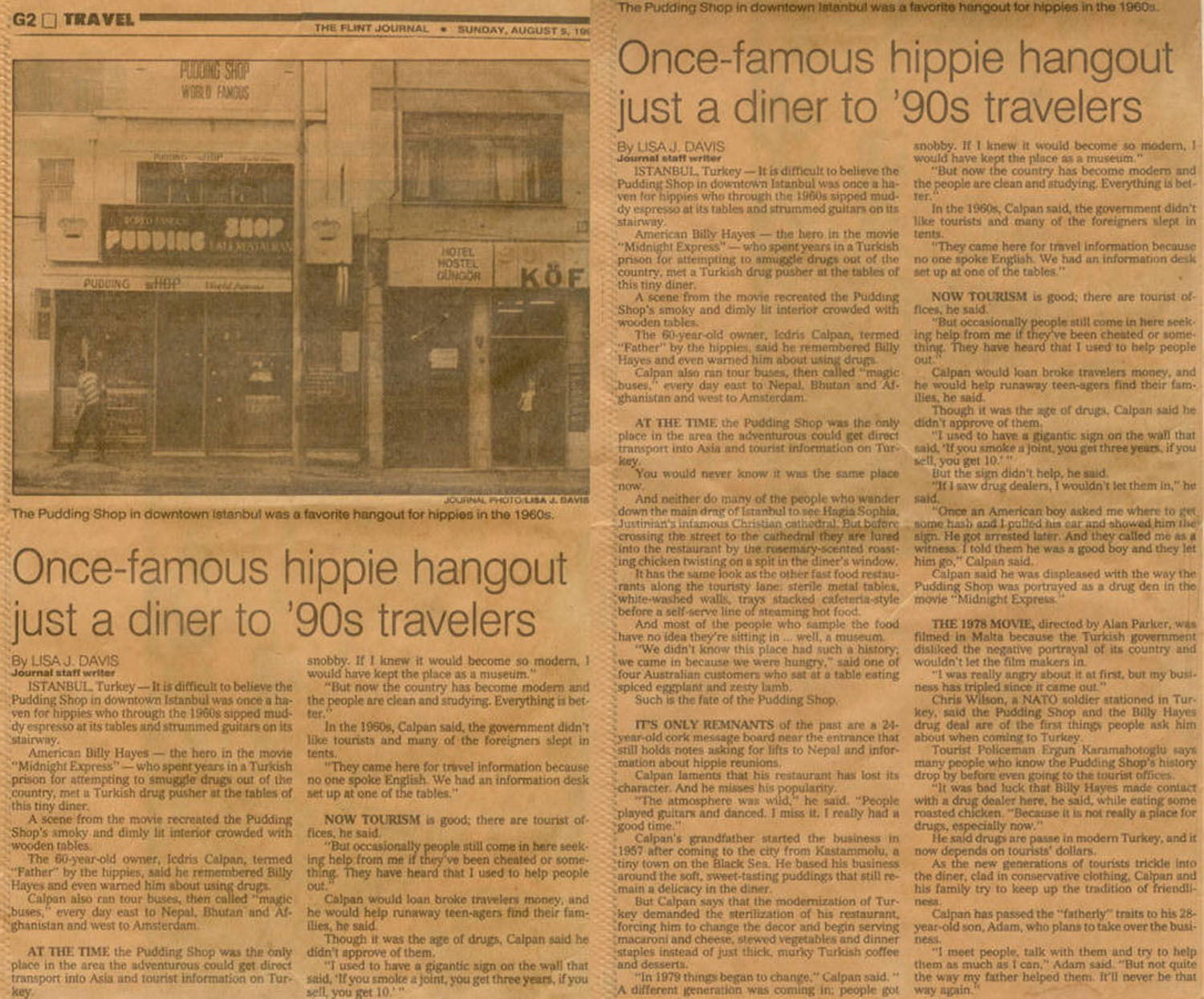 Pudding Shop" a common stop for travelers en route to India from Europe at the time, and my favorite hangout. The man who directed me to the Mosque was standing in front of the the pudding shop diagonally across the street from the Ayasofya. It was a setup and only Agca was there to greet hapless traveler. Interestingly, Agca's Bulgarian Connection was a plant by the CIA apparently. The minuet comes full circle (as many of them do) with my subsequent appearance on every single Television channel world wide at the election of John Paul's successor Benedict 16th at the Vatican, driven there by a dream that would not stop, standing on the very spot where Agca shot John Paul, with the events quite accurately described by the revelations ten passage I was reading at the time. (See: Habemus Papam, the video's end is a punctuation point on a incredulous chain of events and logic. And then upon his release, out comes this from faux Money Changer's mouth ...whilst holding up his right hand no less, a pose he repeats time and again in news photos.

Agca proclaims the world will end this century. 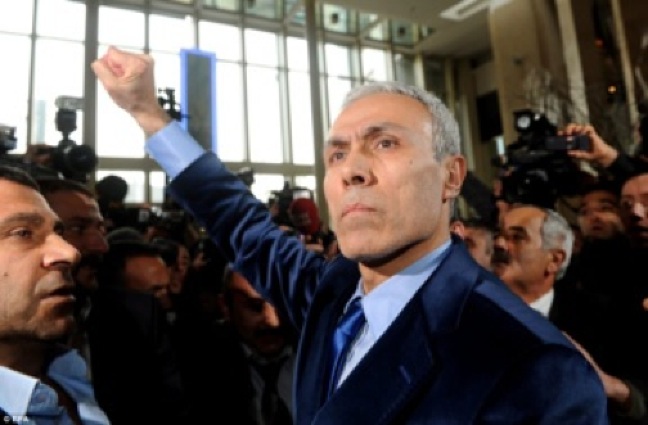 "I am a messenger from God.
In the name of God Almighty, I proclaim the end of the world in this century.
All the world will be destroyed, every human being will die."
Mehmet Ali Agca
Jan 18, 2010
...upon release from prison.

* The courtyard in front of the entrance with the three white archways together.