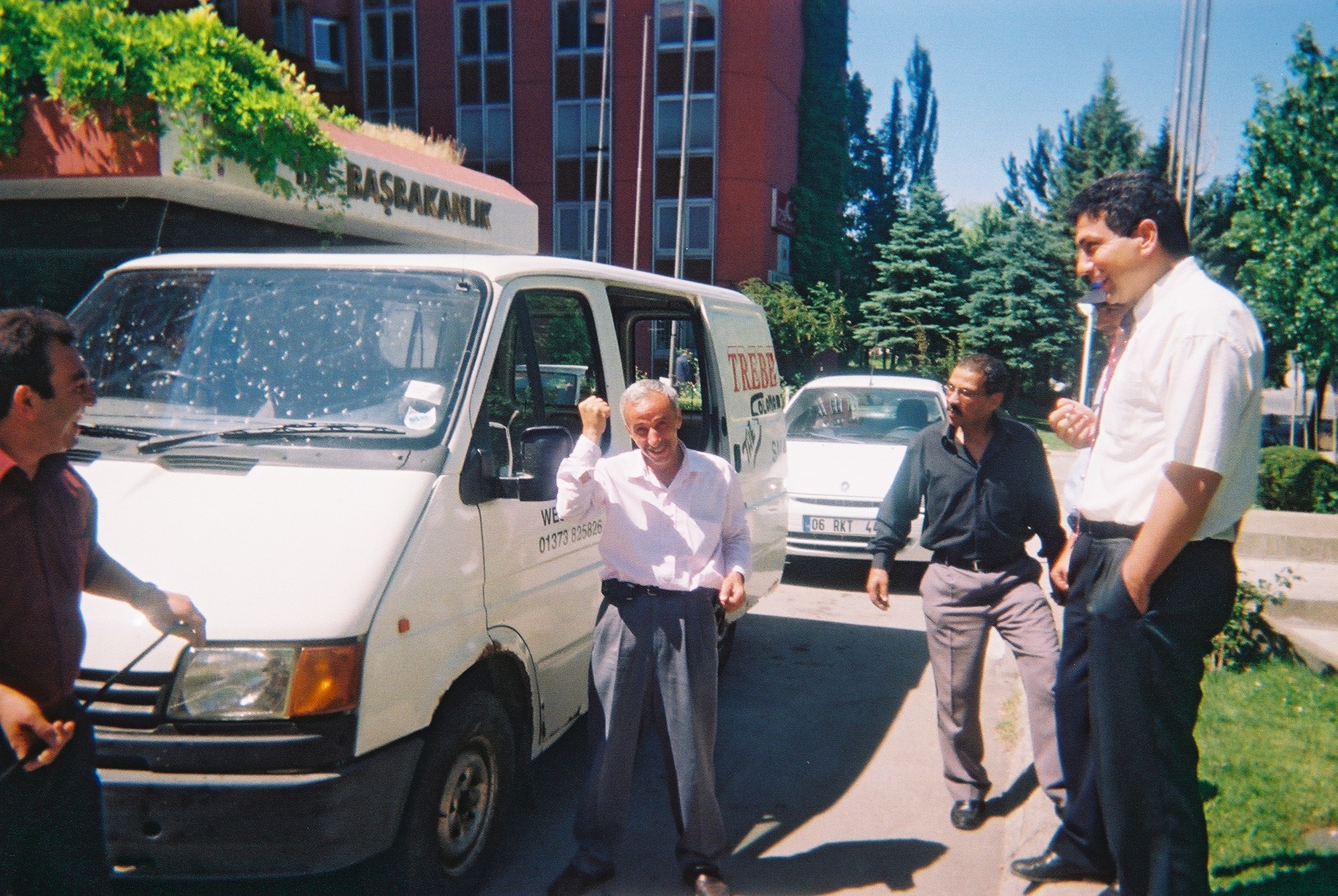 Samson of the Ankara Police Dept

It was a moment of Indecision. Maybe I was taking this Daniel and the Lions Den thing a little too far. An Archaeological Vacation touring Roman sites in a British van was one thing, but did I really want to push this thing to the point of driving through the Syrian and Jordanian sites to get to Israel... with "Solomonic Express" written accross the side? I Threw a sign on the Truck while I spent three days on the Greek Beach considering the Issue. But, I really did want to see Amon Ben Tor's face as I drove up in a British Tasty Treat Van,... after all, ever since Sir Flinders Petri measured the Pyramids dressed in a Pink Totu, stuff like this has been an honored archaeological tradition. 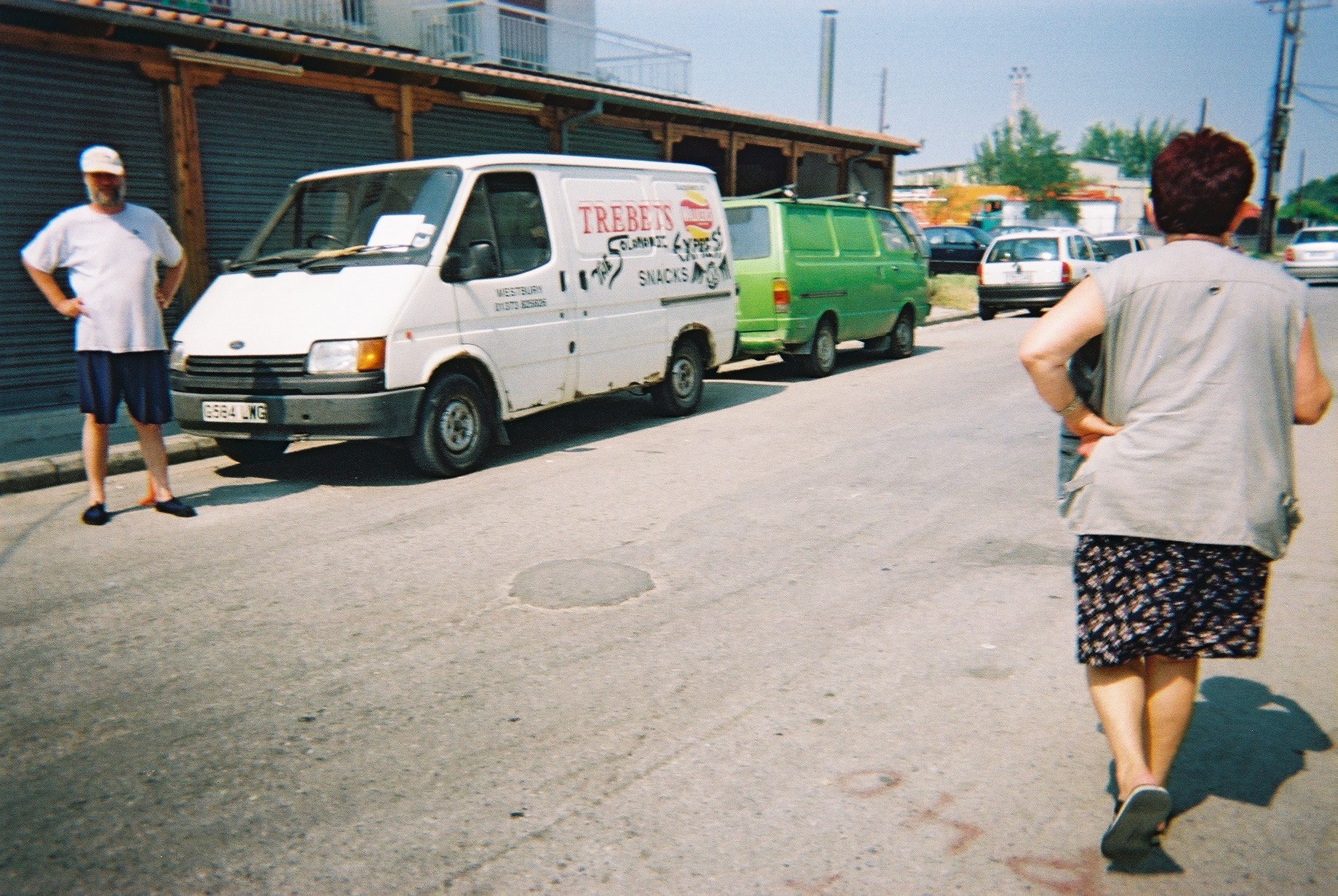 I read a short random passage about Samson, during an afternoon on the beach. It struck me as an oddly fitting character to read about, sitting on the outskirts of Thessalonica. The Greek sun was worthy of a Grade B Movie, and I was headed to excavate at Hazor. Tel Hazor's history is dominated by the time of the Judges, like the historical Samson. I kept hoping fate would take a hand and save me from my own determination to drive all the way there. 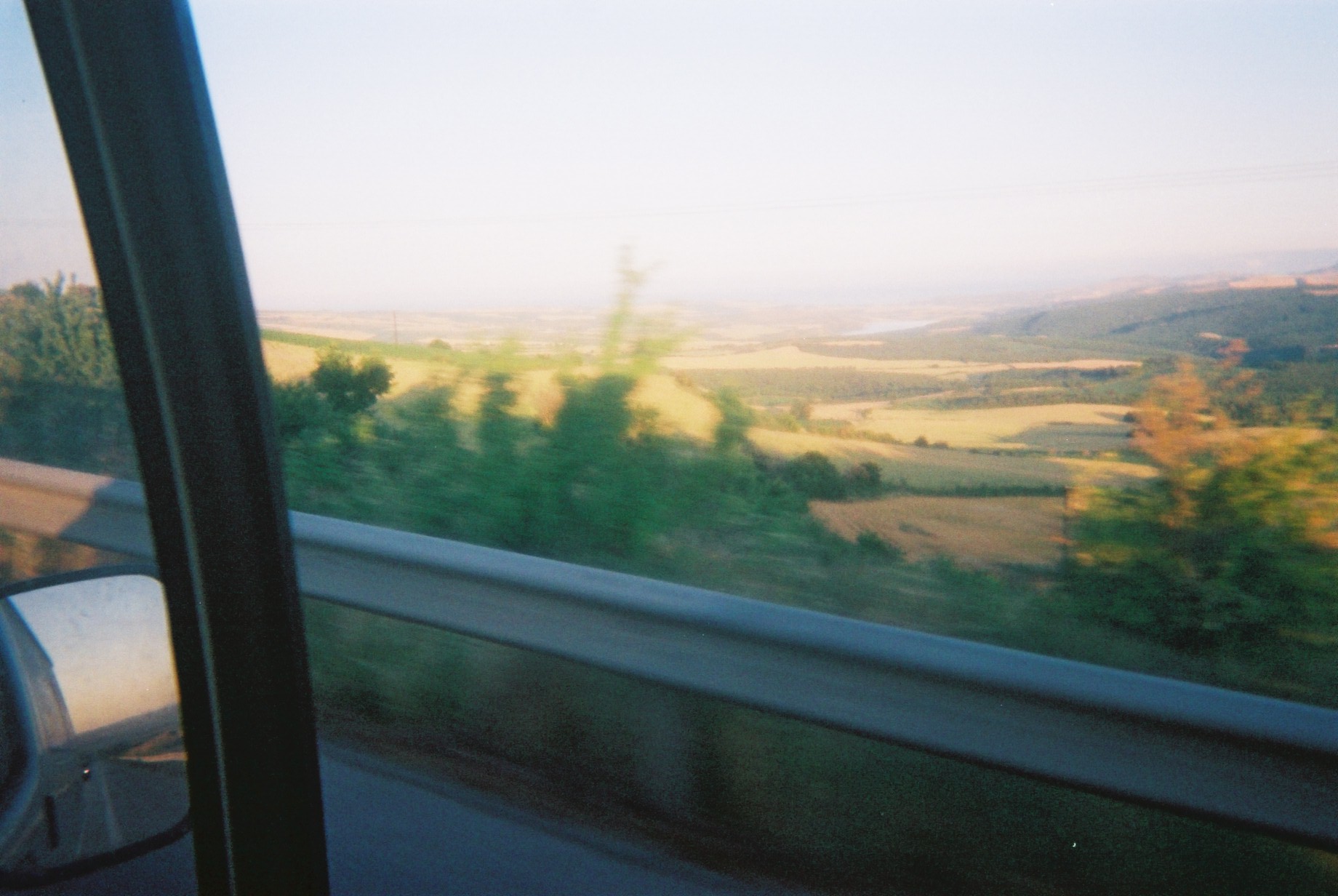 No Takers after three days and then I decided to go to a church to decide. A Little Old Lady looked at me with wizened but very wide eyes saying "You Papa You Papa" whilst standing in front of an Golden Iconic Panting of Steven(?)... I walked out of the church, into the truck, and started to drive around the End of the Mediterranean***.

I sailed through Turkish Customs by paying their special high fee for those who did not think ahead and get the visa already. I got the Petrie treatment from some astonished turks at the border who understood the sign, It was good fun. I watched as the Sun set in my mirror as I headed into the outskirts of Istanbul. 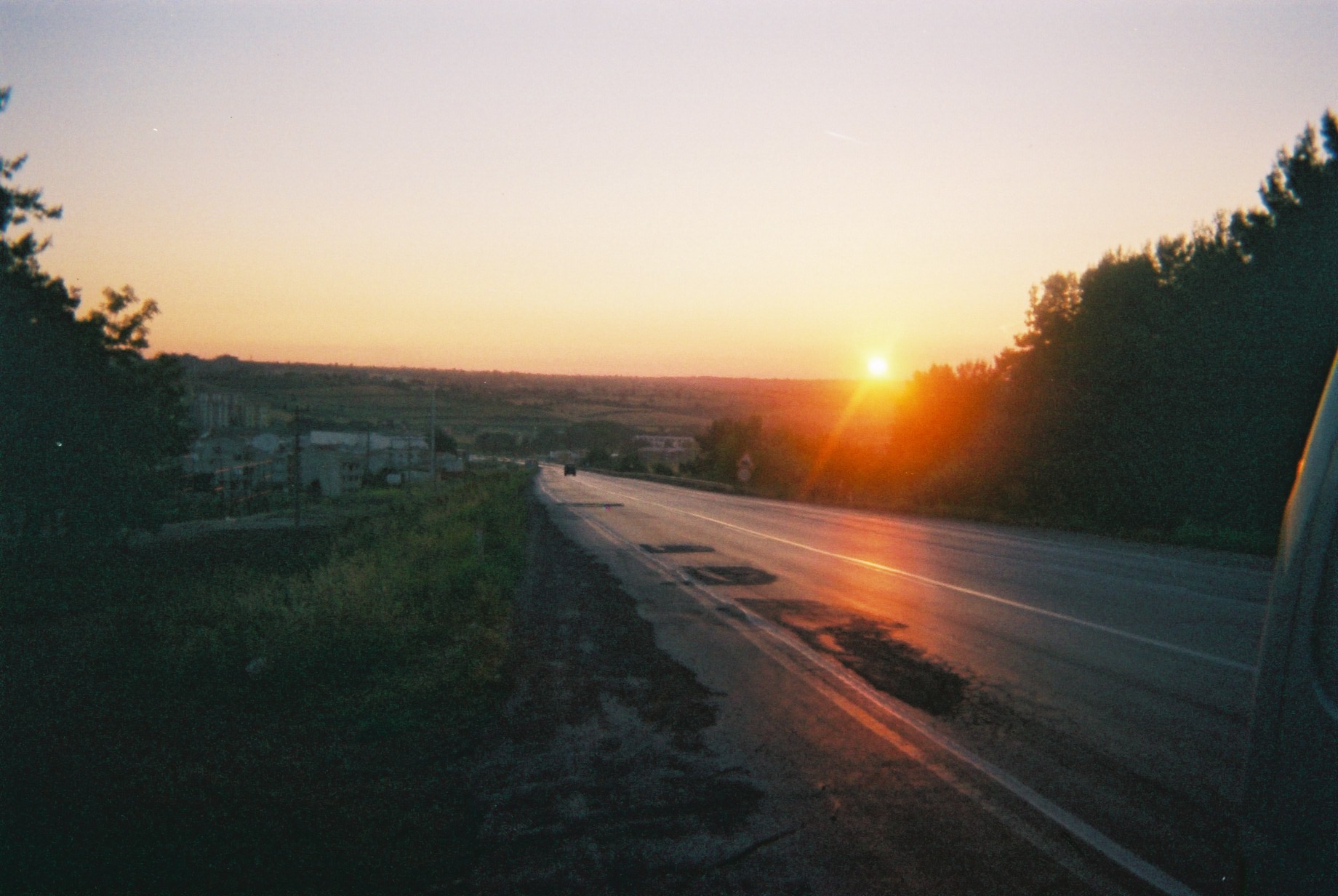 Banditry along the road was so bad Station Masters freaked if you tried to sleep anywhere but under a bright light right in front of the attendant. I got some but not enough sleep.

Doubt returned the next morning as I headed out of Istanbul and toward Ankara. The Confusion of the traffic signs passing by in Turkish alphabet with the occasional rare English word was mind boggling.... Driving on the right side of the road with the Left Side Steering of the British Tasty Treat van took it up a notch,... and in Turkish traffic, it was nothing short of a dangerous. "What were those Big Letters??? Was that for Ankara, as a scooter or two cut you off :)

I Got to Ankara and got the Visa stamp for Jordan first, then tried to deal with the Syrian Embassy. They really gave me the thrice over and this did not seem to bode well for this adventure. Perhaps I was pushing the Envelope a little far here. And These guys hadn't even spied Solomon on the Side :) 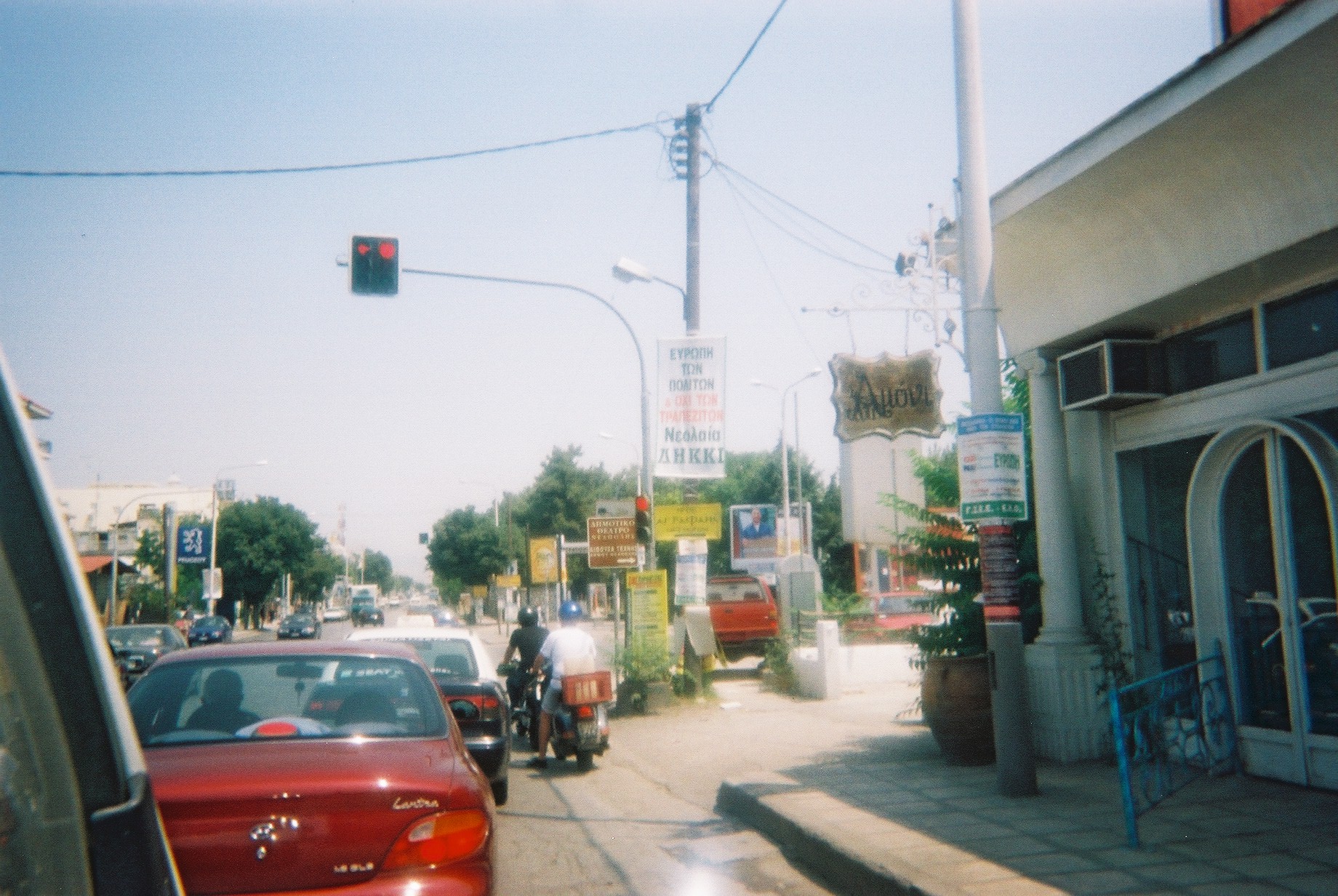 This thing could tax even my survival skills. 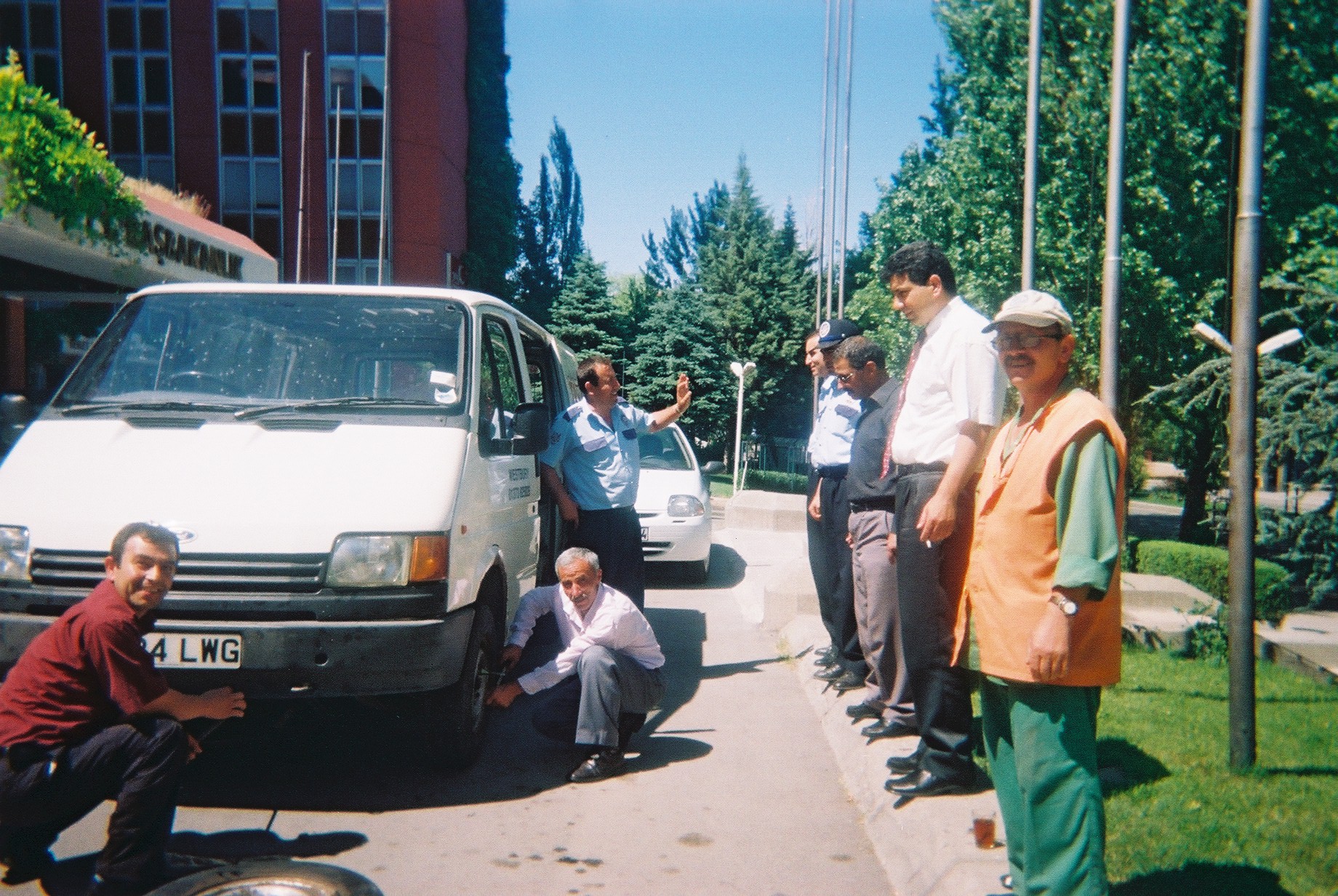 Things were getting Tense. Time was short. The dig would start in a few days. It was fish or cut bait. I started to reexamine what I was doing. No Insurance, God what if I had an accident in Syria, or even here. Another Close call. I started a mini Panic attack. I was not getting enough sleep, tired, budget running short, crazy drivers, steering on the wrong side of the truck, signs in turkish... this could really get me screwed. If I had an accident then had to show insurance then... KaBLAM.... I misjudged the distance and ran smack into an 8 inch curb, blew the tire and god knows what else. It hit hard,... there had to be damage. The nightmare had suddenly arrived. "Time to keep you head about yourself" I told myself as the tasty treat van rolled into some big oval driveway. The tire off and the metal scraping and rolling along. "I am so screwed"

Smiling faces began to appear everywhere. People saying "Hi", Introducing themselves, Shaking hands, ...broken English. "Oh Thank You Thank you so much". ...Yes, I had a spare. Oh boy, If I can get this done and on my way maybe... but then the lugs won't move. More smiles. Everyone takes a turn. Someone goes for a long metal extender bar, as these guys who are rescuing me inform me that they are the Ankara traffic police.. and "don't worry we will get you on your way". The large Oval Driveway was the Grand Entrance of the Ankara Traffic Police Headquarters.

We extend the lug cross bar with the Metal Bar and two guys stand and jump on it while two others try to lift the other side. Nothing. Repeated on every bolt and nothing. I step back with a Grimace as the cross seems to bend like its going to snap.

They look worried and drop a little oil on the lugs.

A small man walks from the building and a cry goes up as he is recognized. Everyone is sounding releaved. Crisis over. Oh Yea Yea,,, "Just watch this" they say.

He reaches down with the cross bar and quickly and effortlessly snaps each bolt in turn. One Two Three,... four five six. In seconds all the bolts are loosened and he starts to take them off with his bare hands. Rapidly, using both hands at once.

Look at him. Click the photo and see the size of the Man. Yet every officer there knew the moment he walked out the door that the lugs were coming off !

In the End, Israeli regulations defeated my determination to see the sights of Jordanian archaeology, at least for now. I returned to Istanbul, left the Van in a Turkish Airport parking lot and flew the rest of the way. An Odyssey that had started in a British Pub, buying a drinking mates truck for 50 pounds, and getting Penny Mead to paint it.... was over. 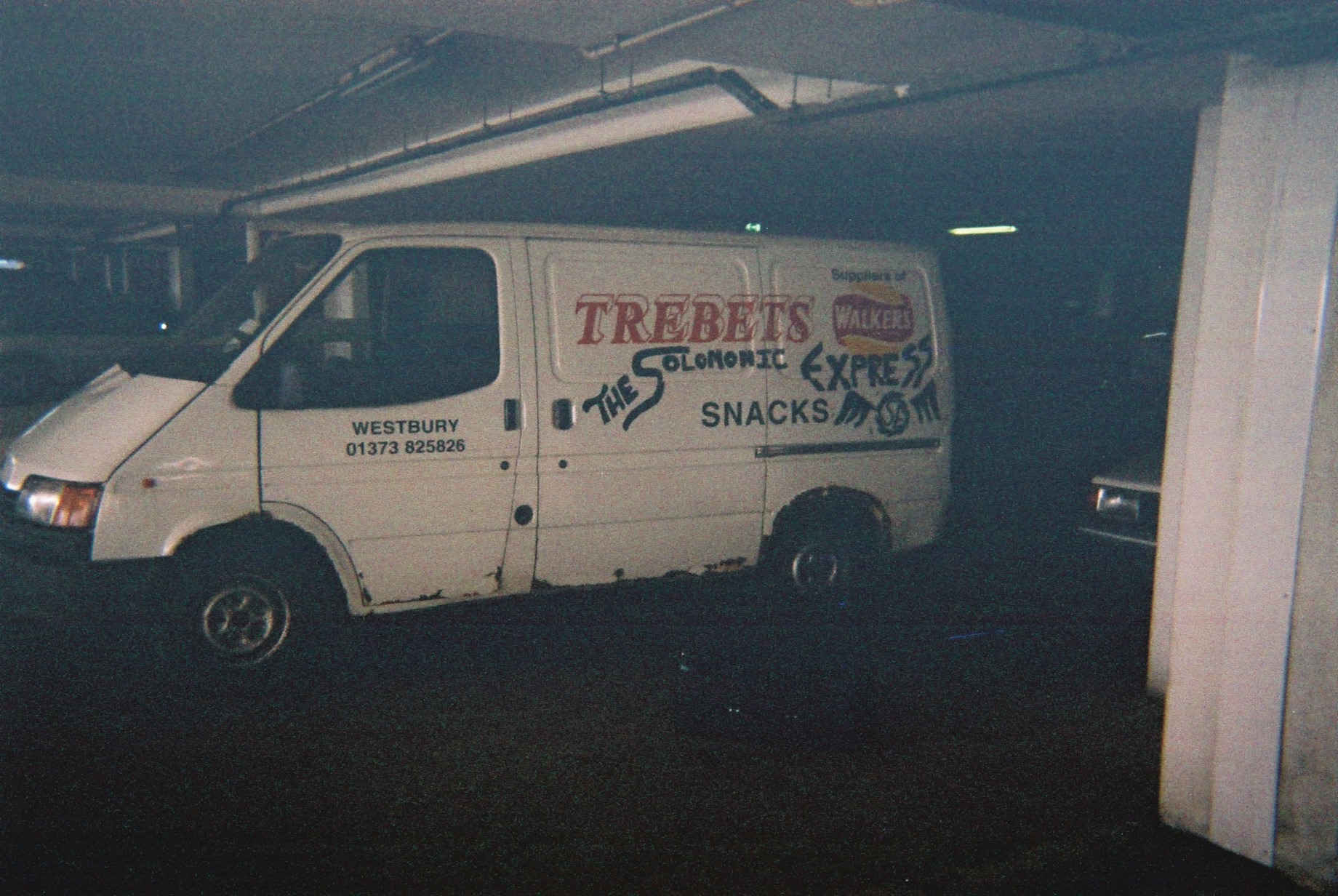 Documentary Sources: The last two photographs show the Traffic Police Headquarters near the airport (I think) in Ankara, Turkey. The officers shown in the photos are my only citable sources here (Click on them to Enlarge), other than the Visa stamp. "Samson" is the little guy holding his fist up in Victory... it was really quite amazing, I wonder what he benches. :)