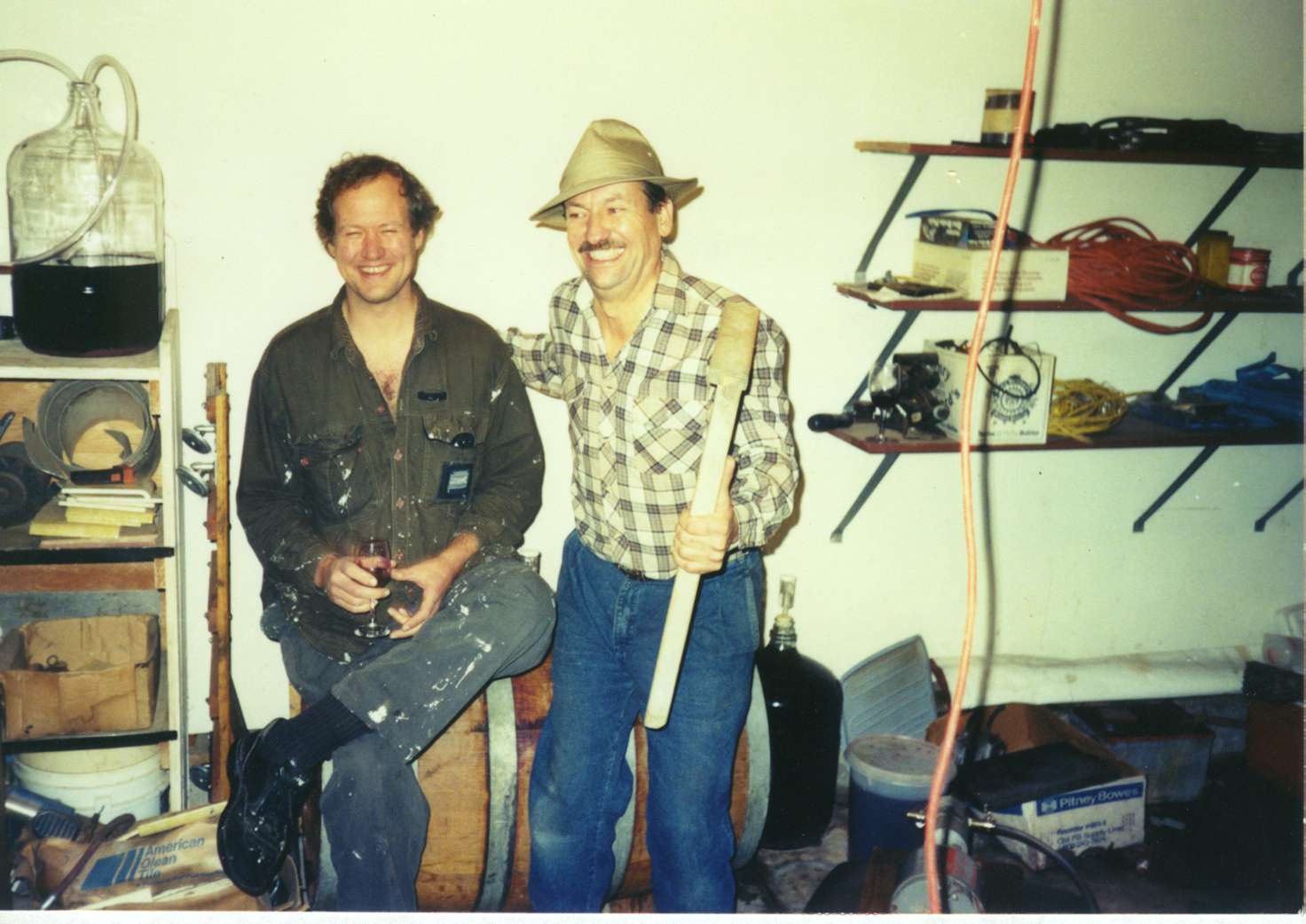 A Firestick incendiary is soaked in a chemical then placed in a bucket containing another chemical. When the stick is later withdrawn from the bucket the two chemicals mixing with the air cause spontaneous ignition. The ferocious flame spatters burning metal drops which pass quickly through skin and bone causing debilitating burns. One individual was severely burned (Paralyzed according to the investigating officer ) in a Firestick attack in New York City fitting the dual pattern and timing of Unabom attacks. Just prior to this photo being taken Dettling put down the clipboard he had been using as a prop, and with the gleeful exclamation "oh lets use this", picked up the bat, poked me in the ribs with it saying, "burn baby burn" just prior to holding it like a giant match for the photo. Fascinating to me, given the circumstances of the photo, Dettling's left hand displays a Nero like "thumbs up" (as in stick the sword up the guys behind), while mine  form a Constantine  Chi-Rho symbol (Conquer by this)... with the wine glass's right side forming the off center P with the tension contorted hands forming the X.