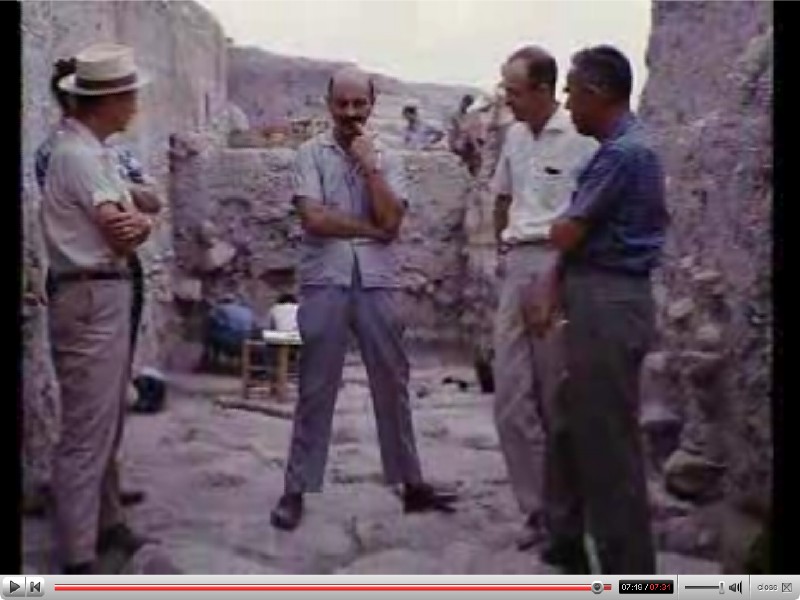 A Conversation with Yigael Yadin

It is my belief that this is an unspoken gesture by Yadin. It is I believe an expression of his confidence that based on the dimensions in Macalister's records he knew what he was going to find here, and wanted the world to know that he clearly understood what it meant. It is an interesting and brilliant choice of symbols. The interpretation seems obvious, just like the identical crook in the finger poses...

Yigael Yadin, Head of Operations during Israel's War of Independence, Commander of the Battle for the Jerusalem Road, Chief of Staff for the Israeli Defense Forces, Architect of the decisive 1973 Air War, Excavator of Masada, Excavator of the Cave of Letters, Dead Sea Scroll Authority, Purchaser of four of the original seven scrolls (his father bought the other three), Excavator of Hazor,...(the short list)... considered Tel Gezer's Solomonic Gate to be the highpoint of his life and career. He was and always will be the archaeological Giant in the room.

**based on personal conversations with Dever during the 2007 excavations at Tel Gezer. Dever has identified this as a field one photo from the National Geographic Magazine taken in 1967.