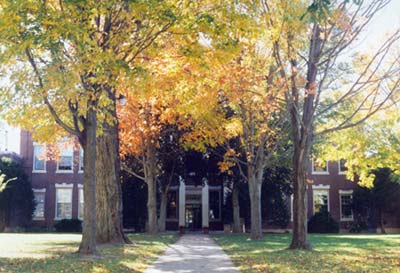 Study hall ended and it was mid morning break. I put away the plywood horseshoe board we used to write on and headed for my locker. I passed through the swinging doors of the auditorium and took a quick left. My locker was one of those old brown metal ones along the wall, sandwiched between the stairs and the auditorium wall. Elliot brushed passed me knocking me into the lockers as he passed. He slammed down his books on the floor and began to twist the tumblers on his combo lock, swearing a blue streak as he did. He looked over at me and said "Thats IT, F**K this place". What do you mean ? I asked. "Thats it I'm out of here I quit". I was shocked. I thought this guys whole life was going to end. The idea of leaving the center of my Universe was unthinkable. He would surely come to a bad end. At the age of 16 or so I just KNEW the future of everybody here had to depend on doing well at NYA... "My god... your kidding" I said. "Why ?" He began to pick up his books and throw them into the locker so hard they kept popping out and falling onto the floor. He grabbed another group of books and slammed them into the locker again. "Calm down it cant be that bad". "If they won't let me play then I'm quitting, screw them" !!! I couldn't believe my ears, he was going to toss it all away for a spot on the team.

As he continued to throw his books around, I noticed he had a copy of the Yearbook. It was the first time I had seen it. "Cool, Let me see it". He gave me the book and went on with his tirade. Kicking the lower lockers with his foot, slamming his fist into the wall below the stairs. "Hey let me borrow a pen I'll sign it for ya". "Yea whatever...", he went on with his tirade. I asked again. "Hey come on..., I got an idea that may help." "Hey I don't give a sh*t" he said. I found a pen on my own. I had talked to Elliot a few times but did not really know his name. Now I was stuck, so I tried to be coy, "Whats your last name"? I figured he would probably give me his whole name, but instead I got a curt "Nathanson". Now I had to ask. "Sorry, but whats your first name"? "Elliot".

I took the pen and wrote "To: Elliot Nathanson...This will change everything...Daniel"

I handed the book back to him and crossed the hall and went into the mens room. Elliot followed me in, ...a little calmer than before which was my intention. "So what good did that do" he scoffed. "Nothings changed", "I still can't play. Screw this place". I struggled for an answer, and again trying to be coy I said

"Everything hasn't happened yet"

Just what does that mean, I mean whatta ya mean by that ? Said Elliot confused and amused and challenging

"Everything hasn't happened yet", I shrugged and left the bathroom, not really having any ideas of my own either, but it was an argument he couldn't win.

I ran into Elliot a few years after I had found his name in a list of NYA alumni and remember the yearbook. He was working in a bar on the Naples Maine Causeway. He claims a family member still has the yearbook, but its lost in heaps of stuff saved for years and he hasn't found it yet.


The first time I wrote the word Nathan in my life, that I am aware of, was in the mid sixties. I remembered it one day when I was searching and calling old classmates trying to find a handwriting sample that predated the Nathan R note. When I saw Elliot Nathanson's name, it rang a bell...then I remembered what I wrote...and... "there it goes again"...another of those very very very strange coincidences


Documentary Sources: Elliot Nathanson's yearbook. Elliot used to live in Naples Maine, but was most recently reported to have moved to Florida permanently. His memory is poor but his yearbook is purported to still exist.