One Day at Hazor 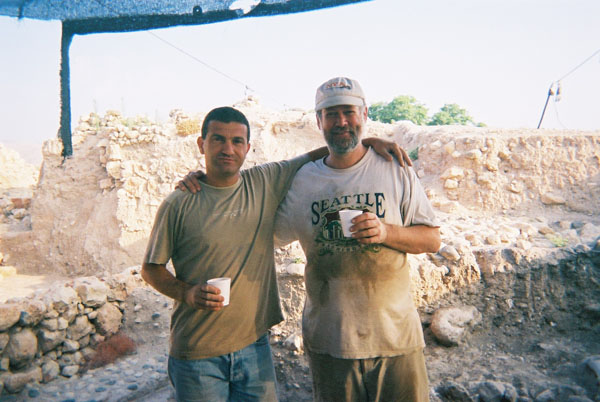 Israeli archaeologists said on Wednesday they have unearthed a palace complex dating back to the first century AD in an Arab neighbourhood just outside the walls of Jerusalem's Old City.

Archaeologists discovered a structure that is "relatively big in size and subdivided into main halls," said Doron Ben-Ami, the project director, adding that coins on site dated the structure to the time of the Jews' Second Temple.

Ben-Ami said more work was necessary but that there was a "high probability" that the structure was a palace built by Queen Helena, a wealthy Iraqi aristocrat who converted to Judaism and moved to Jerusalem around 40 AD.

The structure was destroyed 30 years later, when Roman troops violently suppressing a Jewish revolt razed much of Jerusalem to the ground, including the Second Temple of which only the Western Wall remains today, he said.

The excavation is being carried out in a car park just opposite the City of David, the site of Jerusalem in ancient times and now an outdoor archaeological museum in the densely populated Palestinian suburb of Silwan.

The suburb is part of Arab east Jerusalem, which Israel occupied in the 1967 Middle East war and annexed soon thereafter, a move not recognised by the international community.

Palestinians, who see east Jerusalem as the capital of their future state, have long accused Israel of confiscating land in the Arab suburbs and of using archaeological projects to bolster Jewish claims to the area.

The site includes remains from the Islamic and Byzantine eras as well, including a large Byzantine structure built atop the ruins of the palace that incorporated some of the debris left behind from its destruction.

JERUSALEM (Reuters) - Israeli archaeologists have unearthed a wall beyond Jerusalem's old boundaries, showing the city built by biblical King David may have been much larger than previously thought, they said on Wednesday.

The Israel Antiquities Authority said it believed the 5-metre (16 ft) high wall was part of a two-storey structure demolished in 70 AD when the Romans sacked Jerusalem and destroyed the second Jewish temple built by King Herod.

"According to our findings, ancient Jerusalem ... was much larger than previously thought," Doron Ben-Ami of the authority told a news conference near the excavation site.

Ben-Ami believes the structure may have been a section of a palace belonging to Queen Helena of Mesopotamia, who converted to Judaism in the first century AD, and left behind her kingdom in modern-day Iraq to settle in Jerusalem.

The wall was found beneath a parking lot about 300 meters south of the area known as the Temple Mount to Jews and al-Haram al-Sharif to Muslims.

Ben-Ami said narrow openings discovered at the bottom of the wall may have been used by inhabitants to flee the building as the Romans smashed it to pieces during the sacking of Jerusalem.

"We know that the structure was not destroyed by fire but it was destroyed purposely by dismantling its walls, which were made of stones," Ben-Ami explained.

The excavations yielded artifacts dating back to the early Islamic, Byzantine, and Hellenistic eras, as well as the first and second Temple periods.

The Temple Mount was the site of the ancient second Jewish temple, the only remnant of which is the Western Wall, the holiest shrine for Jews.