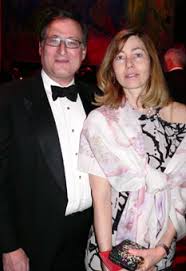 The early days of computing had a certain wild quality to them. Microcomputer hardware exploded on the market but you couldn't buy an accounting pack. Developers were busy writing programs for every thing under the sun. The Jokes covered every angle ... that some idiot spent his time programming his record collection...that some company wound up paying for a program to organize paperclips...or a book collection. New York was hopping and it was exciting if you were into new technology.

The beeper went off again, "wow cool, I wonder what this ones gonna be". A secretary asked if this was Relational Mac, "Yes can I help you", "would you hold a moment for Mr. Jesselson". Yaba, this is sounding better by the moment. A mild relaxed voice came on the line. As the discussion of the particulars started getting into the technology,  the mildness was replaced with an exited tone. Then he dropped the bomb shell, "its to organize a book collection". Oh shit waste of time. "Ah sir, my rate is $80.00 an hour and I don't think you really want to spend that much on your book collection",  I said smugly..."oh no problem, that's not a problem... really..." "are you for real" I asked, suspecting a buddy may have put someone up to this as a joke..."Yea Yea Yea no problem don't worry about that"....the conversation returned to Dyna Boxes and connections. The things that really had his attention at this moment. He gave me an address in the Mid 40s on Avenue of Americas.

" Wow ", I Climbed the white marble steps to the plaza and looked up. Ok this is for real I guess, even if it is one of the lower floors. I was wondering what Philbro did as I left the elevator when I looked up and saw a carved wooden like sign with Natural Resources and an oil well on it. I was shown into a conference room and this guy is sitting at the far end of the conference table involved in an intense conversation. Nice conference room.  I am standing there waiting for the conversation for about five minutes. A lot of terms from Adams's economics class come floating over the conference table as I stand there waiting.

He motions me to sit down after about five minutes during a lull in the conversation. Finally he hangs up and immediately apologizes. He starts to explain. A special day is coming up for his father and he wants to build a software program to manage his book collection for him. Hmmm looks like a Brooks Brothers suit but I wonder... does this guy even have an office here? The Phone rings again... some kind of negotiations. Ok "what do you want it to do". He had a list. Turns out a simple list. I estimate it at a few days, but the unknown is the Dyna box cause the data is in DOS at some lady's house who helps with the books. "Oh, I can do that I'll help you do it" he says...obviously excited to be part of a technical process.

I sit down at the SE 30 and go to work. Title, Date, Vellum... "I wonder what the hell vellum is" I thought to myself. As I go to work, Michael comes back in and tells me the woman with the data can see me tomorrow. Could I talk to her about the how to use the design and pick up the data...would that be convenient ? He also mentioned that she might have some religious graphics and symbols that might be useful as buttons. He sat down and watched me work, curious about every detail. I explained what an index would do. The phone rang about a stock transaction. He was reassuring the guy on the other end saying "no no no no look... you have to look at our accounts as institutions in every respect"... The next call was where I started to get curious, tonnage, available harbors and draft depths. I went about setting up some forms.

The next day I was shown in by a secretary, and went to work. Michael did have an office here, and so did his Dad. He wanted me to meet his father and I was shown into the corner office. Big but not really big. He greeted me with a smile but let me know that making it easy enough for him to use was going to be doing something but to "knock yourself out". He dismissed the entire computing world with an hoy vey wave of his hand.

The first time I met the librarian she had said that the Jesselson's were very special people...didn't I know ? She was in a hurry so I got the data disk and left. The next time I went for her training she went into more detail, they were major backers of Israel, that Senior had been the guy who wrote a check to purchase Solomon brothers (the firm) for cash and then later the deal fell through. "Oh wow" I said. I had just spent most of the day in the conference room with Michael struggling with data filters and data types trying to get the bits from the DOS disk to the Mac. It had been a fun day, kind of like two kids working on a Chevy with a futuristic bent. Later that same day the data flowed in and I got a good look at the dates and titles and even my ignorant jaw kinda dropped. One book caught my attention in particular, and Michael noticed. He gave me the confidentiality riot act, it was the closest thing to stern he could muster. Right then the phone rang. For the first time he showed real enthusiasm for the call, and I realized what the deal he was closing at this moment was...the deal that had interrupted our Dyna box hurdles so frequently, ...it was the first time I ever saw somebody buy a supertanker. :)