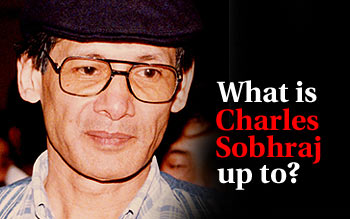 Blow My Mind, Solomon Appears Again. There's a Jean Luc Solomon and a Saratoga California conviction,... that tells me there will be a lot more too, when I have the time to look. Staggering. Of course no one will believe it, but perhaps Charles will remember the Peace Corps Volunteer in the Summer of 1976 who he drugged in a Hotel Room in Bangkok (He is still alive). The Peace Corps Volunteer flush with Cash from working the Refugee evacuation looking for an investment opportunity that Marie talked into buying Hmong embroideries to sell in Paris. The Volunteer who made an excuse, a ruse really, and staggered quickly to his room and locked and barred the Door just at the point of unconsiousness. passing out for a day and a half. The volunteer who woke up 36 hours later, in ill sorts, to find Charles and his Lady long gone along with her trunks full of handicrafts and Gems. 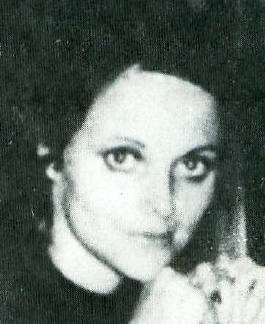 As close as I can place the event, it would have been during my training period for I.C.E.M. (International Committee for European Migration) in Bangkok, the hotel was not the Liberty nor any of the Pat Pong dives. It must have been the one I stayed in while working at the ICEM office (Corvalier's Office) during the first week or so of my ICEM training. I had just cashed my return Peace Corps Air ticket. May or June of 1976 would be about right. They may have just returned from Malaysia and the murder of Chowdbury, on their way to Geneva with their Gems... I recall the talk of Gems from the last evenings conversation in their room, as Marie tutored me in the economics of the Handicraft trade and the Mickey started to make me woozy. They were leaving the country the next day as I recall. I saw their pictures in the International Herald Tribune to my great shock one day in a Kathmandu "Tea" shop on Freak Street several months later and have thought of it ever since.

I remember her far more than him, there was something almost motherly about her, she seemed to genuinely care (...oops). In the endless parade of murderers and rogues that comprised Bangkok at the time of the Cambodian Refugee evacuation, I had barely noticed him. My alerts went off for some reason just moments before I passed out, to this day I can not remember what triggered them and saved my life.

Their murder spree ended with the case of Jean Luc Solomon because they dosed the victims too much and they passed out too soon,... in the lobby of the Hotel in front of witnesses. It is an irony I still consider and will always wonder about, did my encounter play a role? That Charles still lives is a miscarriage of justice to all his victims. In the end its a personal thing, would you want the man who murdered you to be walking the planet for years bragging of his exploits to reporters and cameras enjoying his fame bought with your life? An eye for an eye is the only justice for murder.

To this day this picture of Marie spooks me more than any of the others. She came closest.